Explorations to discover, admire and possibly learn something from what's missing

We often find comfort and rely on data as something “certain” or “true”, but everyone who has ever worked with them knows that most of the time data are laking and imperfect, just as we are. Data go lost in collection, elaboration, representation and end up missing, somehow as the keys we left on the train or the words of a song we used to know.

Filled with a sense of emptiness and helplessness, often it’s appealing to focus on what is known, on the “available data”, and just ignore or delete the empty lines. However, in statistics, the fact that certain values are missing is a key area of study with great impact on the considerations retrievable from the data. How are the values missing? What is this telling us? Often missingness is informative.

For these reasons, among all the stories that data embed, I’d like to tell the ones of missingness and loss: losing hope, losing signal, losing weight, losing the keys, losing a job, losing voice, losing the way, losing someone, losing oneself. A narrative of the holes, if you want, not to depress over the lack but to discover, admire and possibly learn something from it.

1. To all the films we've lost ⸺ laking / blurred / visible

The history of the seventh art is largely a history of loss: it's estimated that among 75% and 90% of silent films have gone lost, and even a considerable number of more recent operas have suffered a similar sad destiny. An interesting initiative to approach the issue has been undertaken by the British Film Institute, which in 2010 published the list of the 75 most sought-after British featured films classified as "missing, believed lost". In the last 12 years, this call to action led to rediscovering various movies and inspired other archives worldwide. This visualization explores the list offering firstly an overview of what is still lacking and what is now, fully or partially, visible. 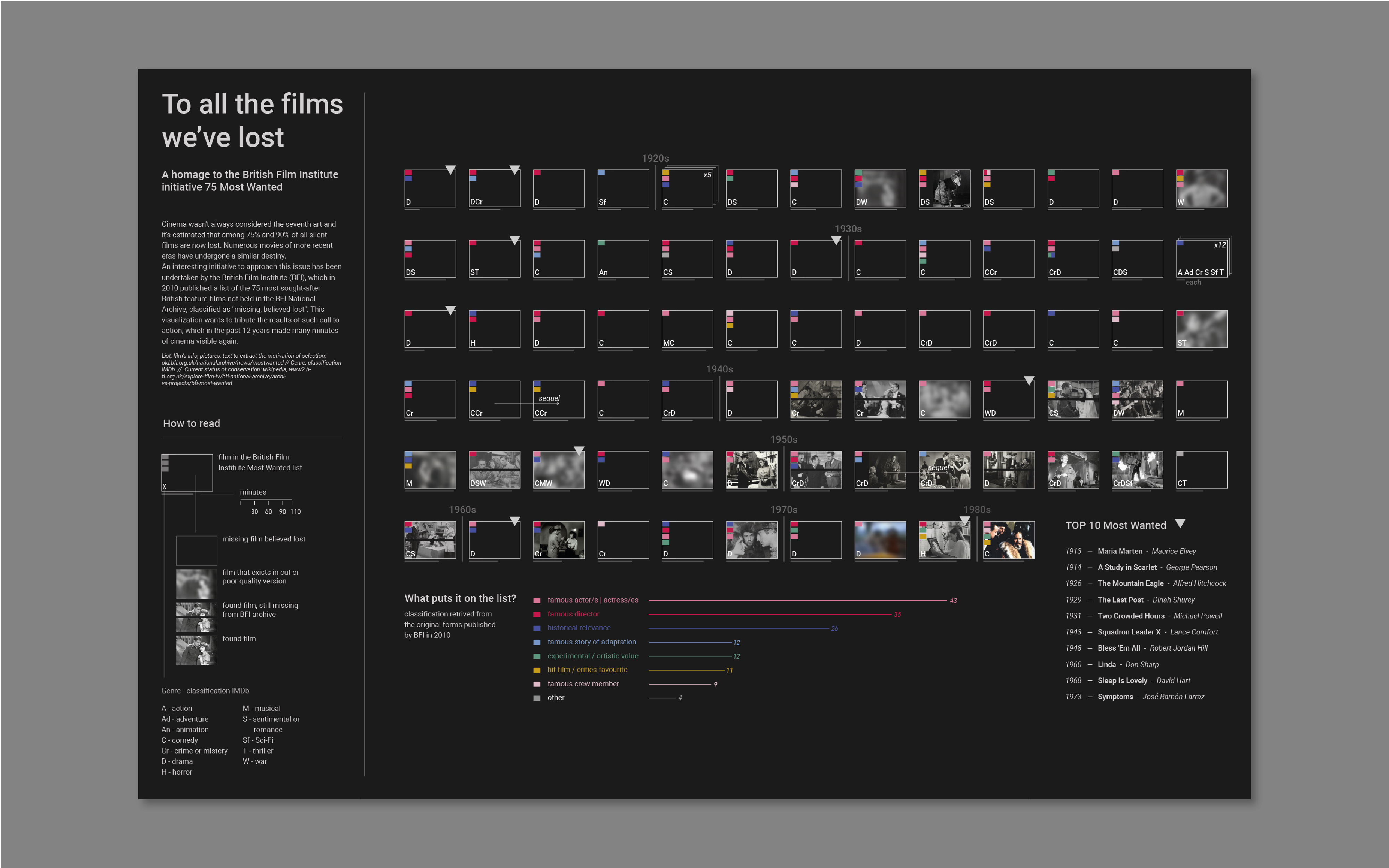 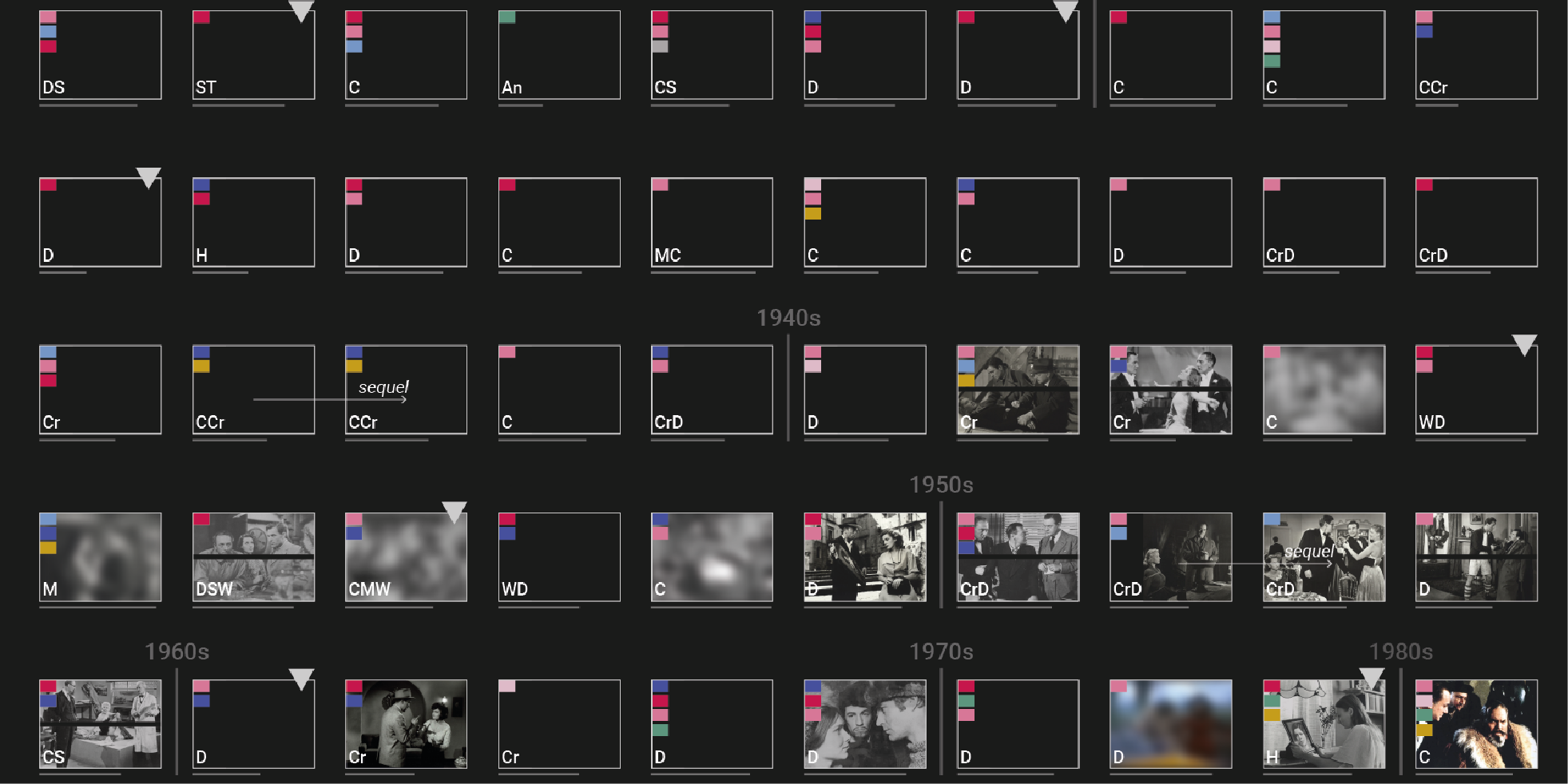 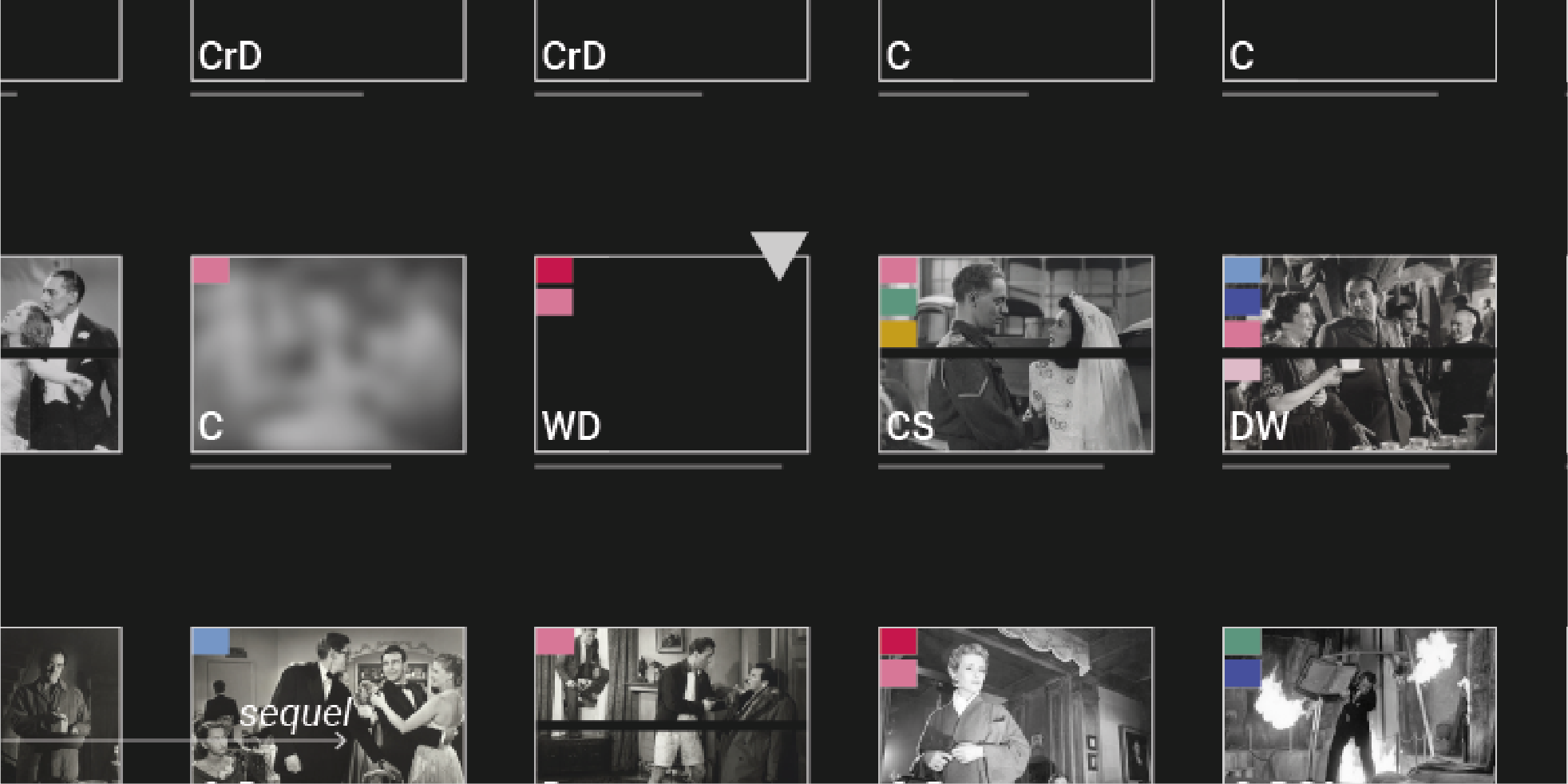 Dublin Airport, the 28th in Europe for the annual number of passengers in transit, publicly shares what's kept in the Lost and Found deposit with daily updates. If they're not claimed, the objects are disposed of and the data deleted after 2-3 months. In this visualization, after various trials, I decided to privilege readability over the emotional impact of hundreds of intertwining lines, aiming at a moment of "Oh, people lose more watches than sunglasses!? But well, mainly at Security Screening; makes sense". Furthermore, these flows of things abandoned somewhere dragged me towards the world of public places maps, a suggestion that I tried to incorporate mildly. 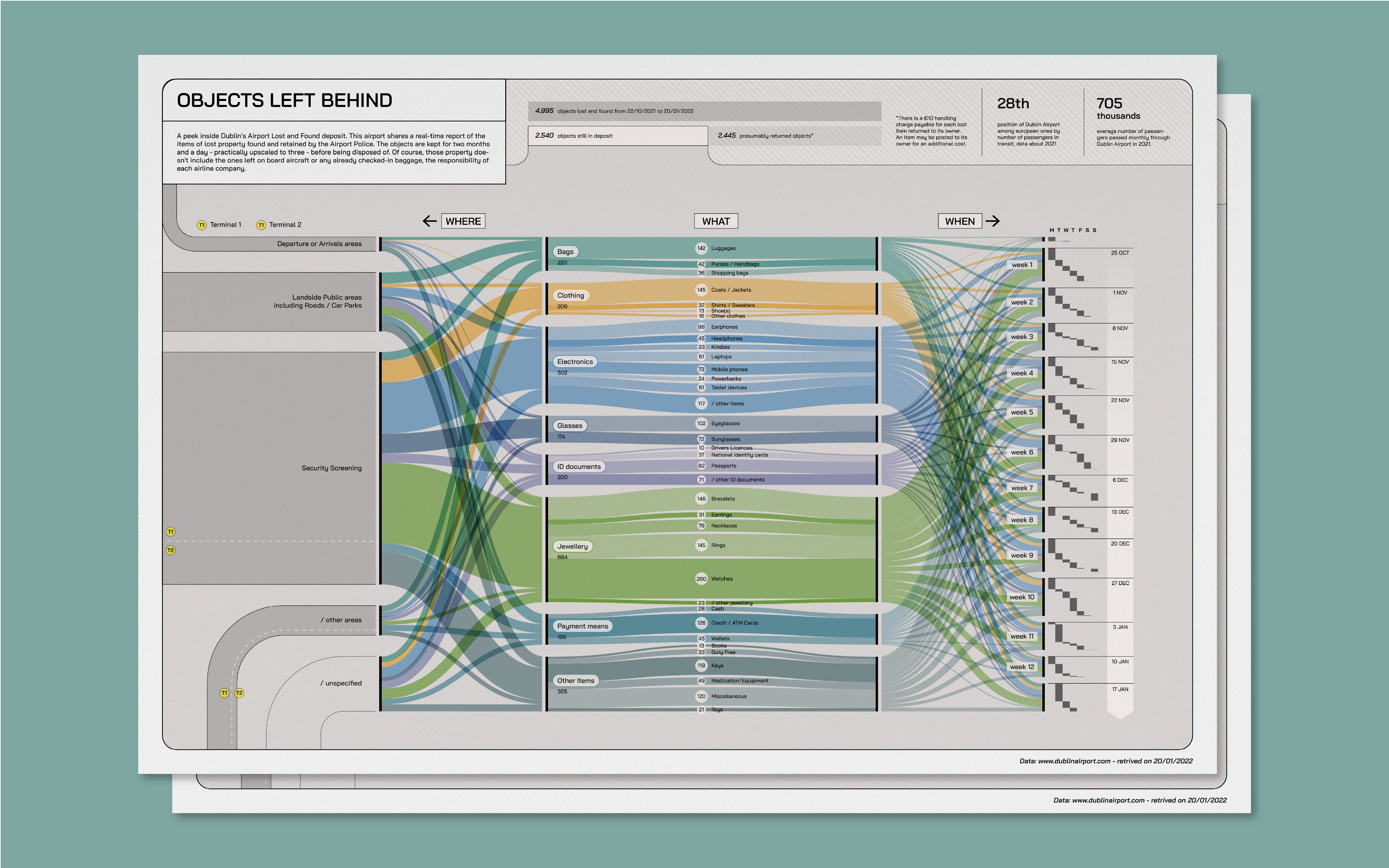 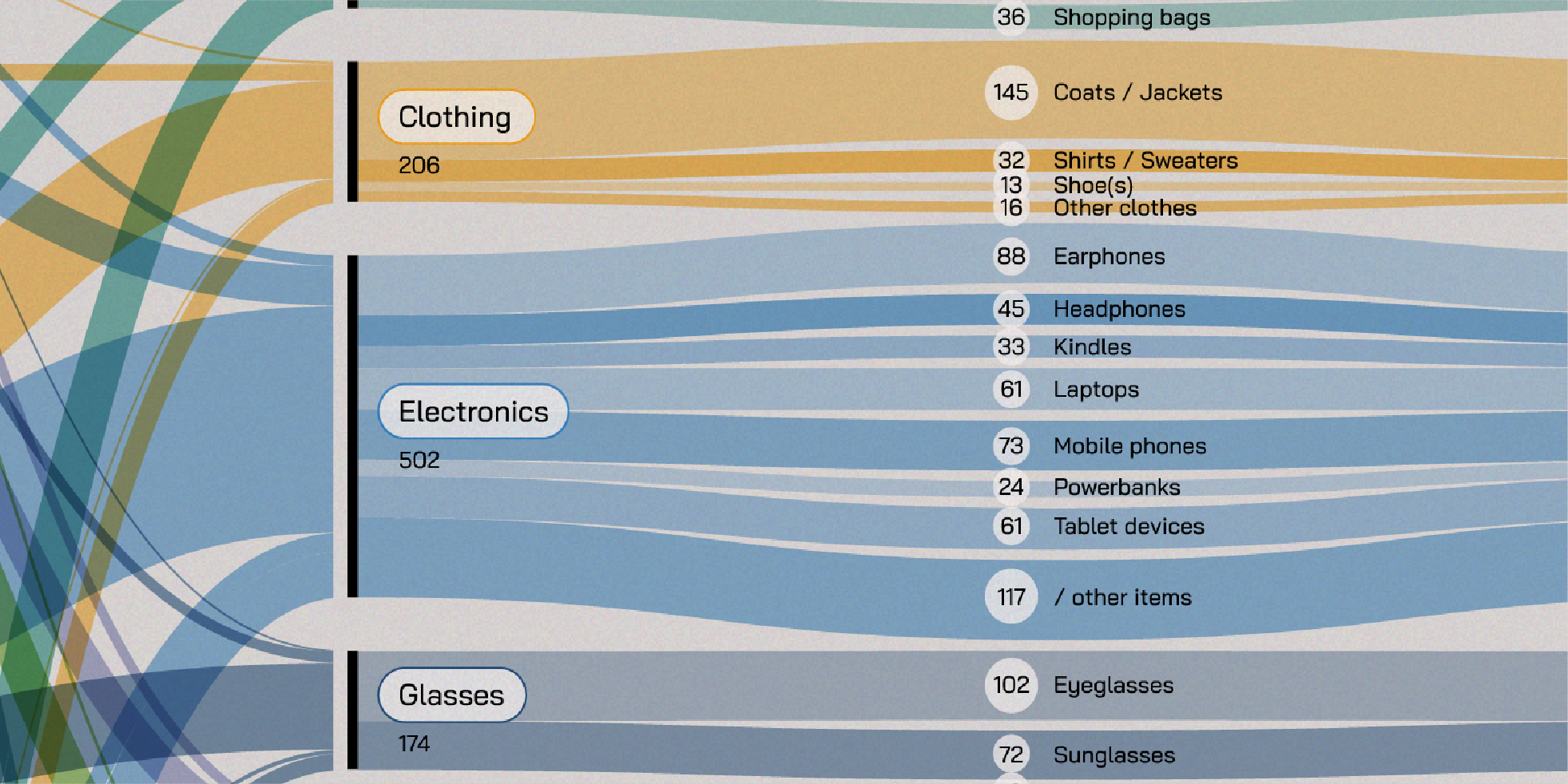